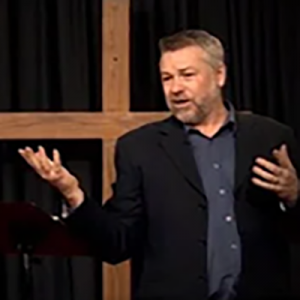 Intro:              Well morning friends and visitors. My name is Matt Johnson and this January we are looking at some of the Psalms of lament in the Bible. Lament is basically sadness. But it is especially, sadness over sin and the brokenness of the world. So I’m going to pray and we’ll spend a bit of time thinking today about Psalm 38.

PRAYER:       Well friends, last week I shared with you that 42 of the 150 Psalms are psalms of lament. While it is true that the majority of the psalms are thanksgiving, praise and worship; it works out that 28% of the psalms are actually expressions of sadness, brokenness and lament. Some personal and some corporate, So when and why should Christians lament before God?

Last week, at the end of the sermon I shared with you that I had asked Sydney Diocese to consider holding a public, corporate lament during the 17 days of the World Pride festival, from the 17th February to the 5th March this year. But let me be clear that this is not because I am against homosexuals per se. I am truly concerned for people in the LGBTQIA community and I hope that is evident in our church.

It is now well documented that the incidence of serious mental health issues is higher in the gay community, than in general society.[1] There is also growing evidence that substance abuse, domestic violence and incidence of rape are all considerably higher in both the gay and lesbian community, than general society[2]. So there is a lot of room for compassion. Many gay and lesbian  people are hurting and I genuinely want to see them know Jesus, find forgiveness and have the hope of heaven. The point I am trying to make is that I am not against the LGBTQIA community per se.

But I will unapologetically say that the Bibles view on sexuality and sexual expression is completely different to both the LGBTQIA community and the heterosexual community in Australia today. According to the Bible there is such a thing as sexual sin both homosexual and heterosexual. And while sexual sin may bring short term pleasure, it always comes with long term pain. So I am against sexual sin generally, not any particular form of sexual sin.

However, I was contemplating a time of public Christian lament during World Pride 2023, because Alex Greenwich (NSW member of Parliament) is launching an Equality Bill during this festival that is attacking religious freedom. The Equality Bill is complex and it has not yet been published in a final form. But in my own words – the bill will make it illegal for a pastor or Christian to say that consensual sexual activity in the LGBTQIA community is in any way sinful and/or wrong. But some sexual behaviour (both heterosexual and homosexual) is sinful and the Bible says we must believe in Jesus and repent if we want to be saved. So given the serious implications of this Equality Bill – I was asking the Diocese to support a time of public lament during World Pride.

But I now have it on good authority that the Equality Bill will not get passed during the World Pride festival. I cannot say more than that publicly. If you want to know more I can speak to you personally. I am somewhat persuaded that despite pressure from Alex Greenwich – the Equality Bill will not be considered in NSW Parliament until after the next state election on the 25th March 2023. So some of the reason I had for the Diocese to hold public lament – ie the loss of religious freedom – is at least delayed in the short term. I may still hold a time of personal lament in our church – early this year – because I think there are still many good and right reasons to lament in our country. But I now doubt our Diocese will proceed with such action at this point and I can respect their reasons why. Yet, with that said, I want to say sometimes even…

Explain:         Well Psalm 38 begins with the exact same words as Psalm 6 which we looked at last week. David says (verse1); Lord, do not rebuke me in your anger or discipline me in your wrath. This tells us that David is NOT just having a bad week. The opening verse (and the wider context of Psalm 38) tells us David is lamenting and crying out to God because he is experiencing the heavy hand of God’s discipline on his rear end. He says verse 2 – your arrows have pierced me, your hand has come down on me. That certainly sounds like a slap on the backside. Verse 3 – then says why this has happened. It’s because of God’s wrath. It’s because of David’s sin. Verse 4 – his guilty conduct has reaped a heavy burden.

So David has sinned against God in some way. Maybe he’s committed adultery. Maybe he’s been using illicit drugs or drinking too much. I know its doubtful. But still possible. Whatever the sin, David is in the wrong and God is teaching him a valuable, but painful lesson. David is reaping God’s discipline and because it is unpleasant he is lamenting his sin, his foolishness and the discipline itself.

Now last week I began to explain that God does discipline the children he loves to keep us on the narrow path that leads to life. God disciplines us because He loves us. This is a truth that many Christians struggle to grasp. We often think that because Jesus died on the cross for our sins, it doesn‘t really matter how we live. That is, whether we sin or not – Jesus has already taken God’s punishment for us, so whatever. This is true in part. (GOSPEL) There is a consequence for sin. God hates sin. So sin deserves all God’s wrath and damnation. This is what we deserve as sinners – God’s wrath and damnation. But when Jesus came to earth and died on the cross – he took God’s wrath and damnation for us – so that we can be spared. Jesus literally took both barrels wrath – cross… and damnation – hell, so that we could be spared. The Bible says that because Jesus did this for us – we can be forgiven.

Because Jesus took the punishment for our sins – if we say sorry and ask God to forgive us – we can approach God without fear. It also says that if we accept Jesus as our Saviour and Lord (and try to follow him) – God will never leave us, forsake us or give up on us. So have you realised Jesus died for your sins? Have you accepted him as your Saviour? If you do the famous reformer John Wycliffe, says by hook or by crook God will then get you to heaven one way or another.

Now that sounds good. If we accept Jesus as Saviour and Lord – God forgives us, helps us and promises to get us to heaven. But what happens when we go the wrong way? Or what happens if we continue in intentional sin? Well the good news or bad news depending on which way you look at it – is God doesn’t give up on you. Rather he begins by convicting you with the Holy Spirit. Little pangs of guilt and shame. If you still fail to repent – God may bring your sin into the light so other people know about it. Then, there may come a Christian rebuke or a bit of shame. If you still don’t repent (or you do something really stupid) God may allow you to reap some natural justice. You’ll reap the negative consequences of your actions. And if you still don’t repent – there may come personal affliction in all sorts of physical, financial or psychological calamaties. The good news is God won’t give up on you. If you have sincerely become a Christian at some point in your life – God will find a way to get you back on the narrow path even if you are a repeat offending, perpetual, obnoxious, backslider.

Apply:             The point is even the best of Gods’ people are disciplined at times and find themselves lamenting their self-induced calamities. I mean King David was a man after God’s own heart. He slayed Goliath as a teenager. He became King as a young man and he wrote all these amazing Psalms that are like wow. In his good moments David really walked with God and slayed giants. But he too had his bad days – and looked very much like the worst of sinners. The point is – even the best of Gods people continue to struggle with sin and will at times experience God’s discipline. It is inevitable.

As the New Testament says “if we say we have no sin  we deceive ourselves and the truth is not in us.” (1Jn.1:8). No. We all struggle with sin (even as Christians) and there will be times when we reap the consequences of our stupidity and find ourselves in lament and sorrow. Its not so much a case of will it happen, as when will it happen. Even the best of Christians sin, incur discipline and lament.

Now like I said last week, not all hardship and suffering is Gods discipline. Often we suffer simply because we live in a fallen world or because we are getting old or because we live in houso with a bunch of psycho’s who do all sorts of psycho things. But sometimes, even the best of Christians suffer God’s discipline because of hidden or unrepentant sin. Often the cause of this suffering for many more mature Christians who should know better is a little thing called pride. The minute you think you’ve made it. The minute you think you’re a mature Christian – who no longer needs to pray, read the Bible or attend church (because you’re super-Christian) is the sure quickest path to God’s discipline and a big dose of personal lament I think this was probably David’s biggest battle – simply beating pride and remaining humble before God. So mentally prepare yourself for sorrow. There will be times you stumble and you will be disciplined. But this doesn’t mean God doesn’t love you anymore. The discipline means he is so committed to you – He will never give up.

1 Lord, do not rebuke me in your anger
or discipline me in your wrath.
2 Your arrows have pierced me,
and your hand has come down on me.
3 Because of your wrath there is no health in my body;
there is no soundness in my bones because of my sin.
4 My guilt has overwhelmed me
like a burden too heavy to bear.

We often think that the only thing that matters in the Christian life is believing in Jesus as Saviour and accepting him as Lord. no more different to that upheld on heterosexuial platforms like Tinder.

not proposing lament during WorldPride because I am homophobic.

This is one of the concepts I gave to the Bishop to consider. Is the World Pride Mardi Gras in Sydney a time Christians should lament or join in the celebrations? Let me be clear – that Mardi Gras has happened in Sydney every year since 1978, when it began as a protest.

I questioned whether we should be starting 2023 with celebration or lament? To be honest, I am truly torn as a pastor about what I should preach. I know that